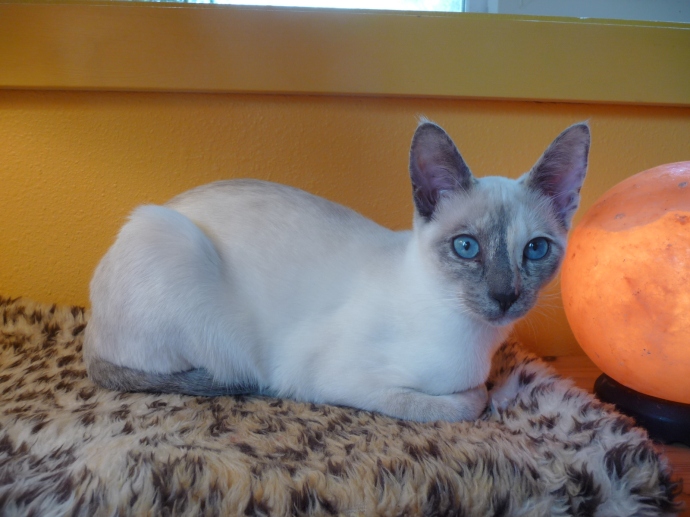 This is Kalima, who will be five months old in about a week.  She’s been part of the studio/household for about seven weeks, and is a Blue-Cream Tortie Point Siamese.  Quite unusual, and quite full of the proverbial kitten P & V.  Graceful and dorky, funny and sweet — she’s a wonderful addition to my life, and Pikake, after a few days of standoffishness, has become good pals with Kalima (which, by the way, is Hawaiian for “cream”).

On another topic, here’s a bit of proof that I’m actually working and not merely lollygagging about with the kittencats ~~ 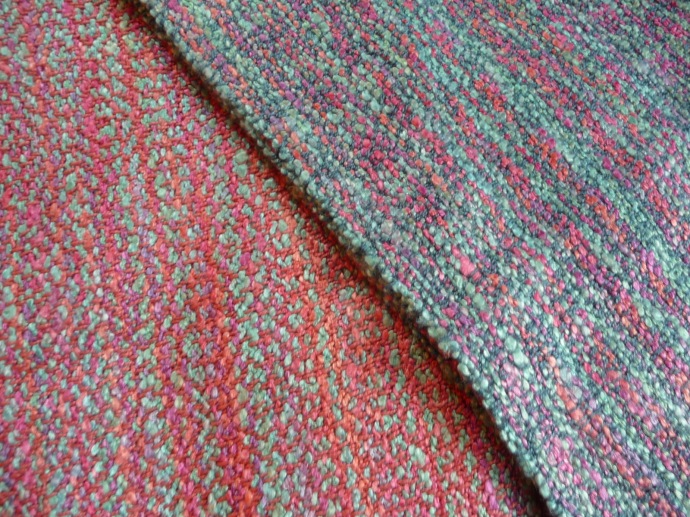 This is an up-close-and-personal look at the two Easter Egg scarves, woven during February as a final farewell to my beloved Baby Wolf loom before it went to its new owner. 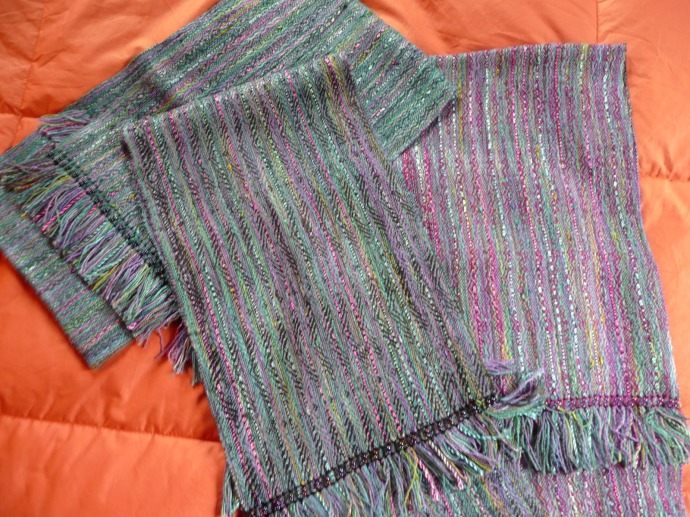 And this is the Judi’s Choice series of scarves, which began with a commission order and developed into a series (as usual) with a few tweaks from the original concept.  (My apologies for the cruddy photo, the result of trying to work fast before Kalima plunked herself down again on top of the scarves.) 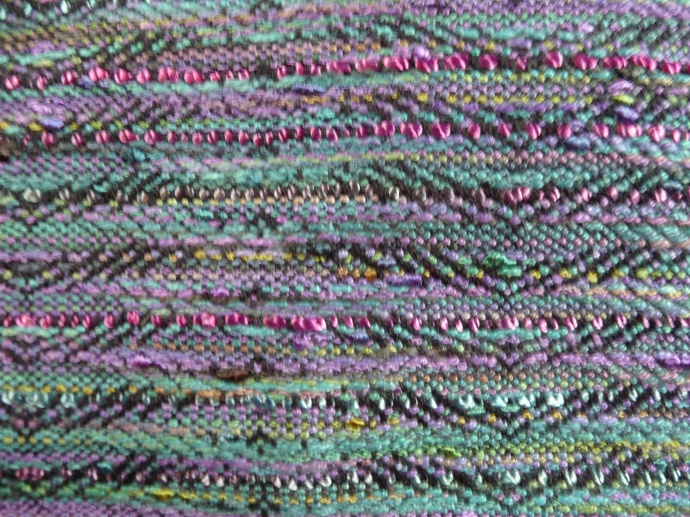 This is a detail shot of one of them, so you can see the colors and textures clearly.  Lots of both!  Today I mailed off two of them; the third is being picked up tomorrow, so none are still available.  Another series will come off the loom in a week or so.  Pictures of them in process will appear here before that.