Posted on February 2, 2017 by weavewright

It’s been an unconscionably long time since I showed up here.  The second half of Summer, all of Autumn, and half of Winter have passed through and around me; finally I’m settling back into the quiet time of year when writing and thinking takes precedence over worky-worky.  It’s a relief.

I completed a record amount of work in 2016, some of which you’ve seen.  Today I’m giving you a lot of photos which show some of the rest though not all.  If you’re interested in purchasing something, contact me in a comment, and I’ll reply via email if you give me the address.  You can also find me on Facebook; look for RainShadow Textiles.

Here’s to a productive, satisfying, active year for us all. 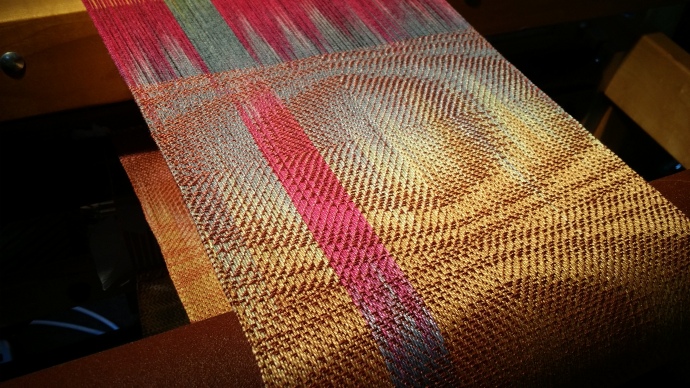 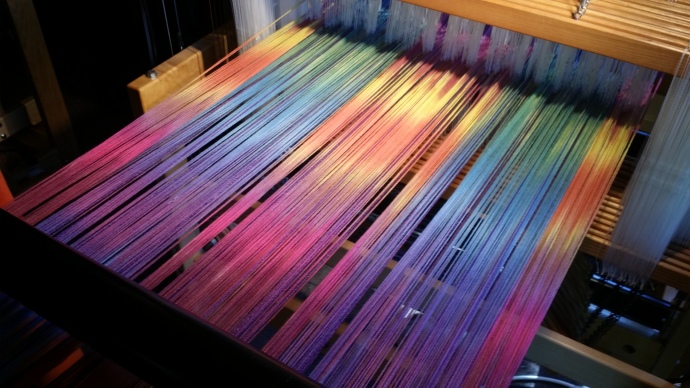 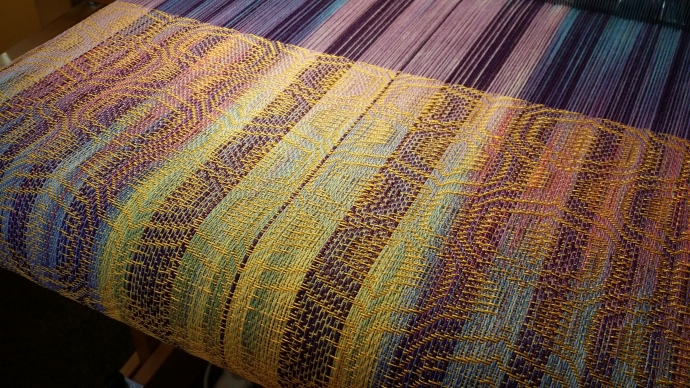 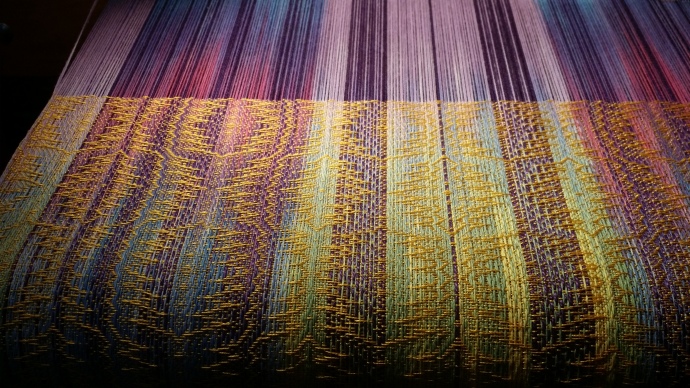 (It occurs to me, as I look at the above photos, that all those pieces and others in the same series, are sold.) 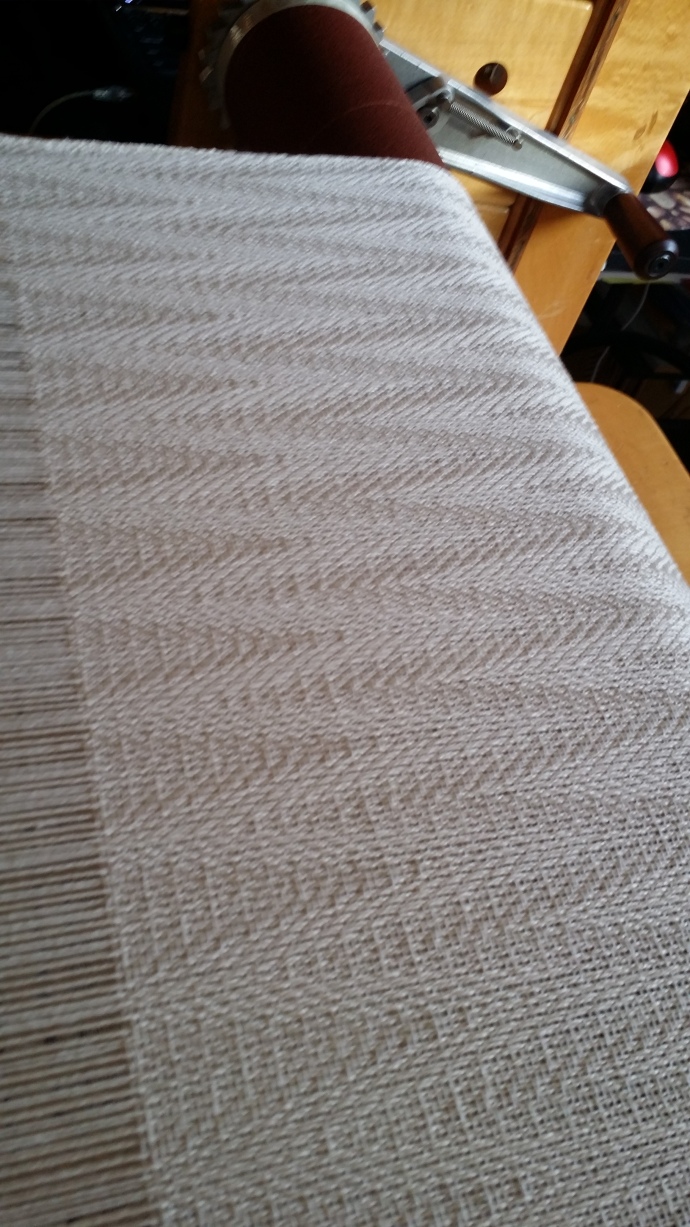 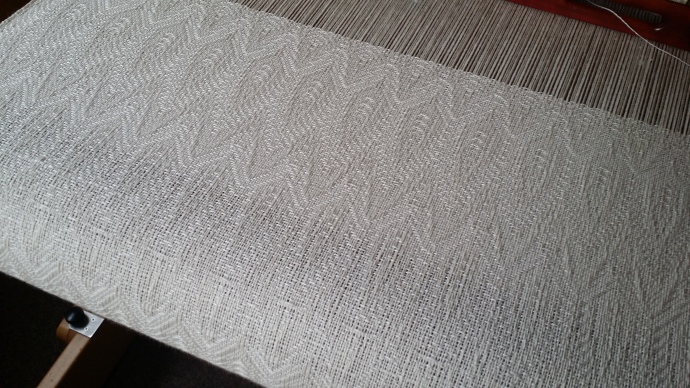 The above white-on-white series are part of a collaboration I’m working on with another weaver/dyer.  They are not for sale, but if the idea of this kind of subtlety tickles your fancy, I can certainly do something like them as a special order. 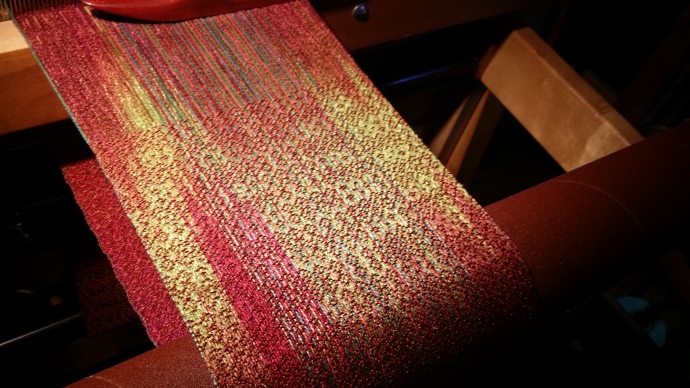 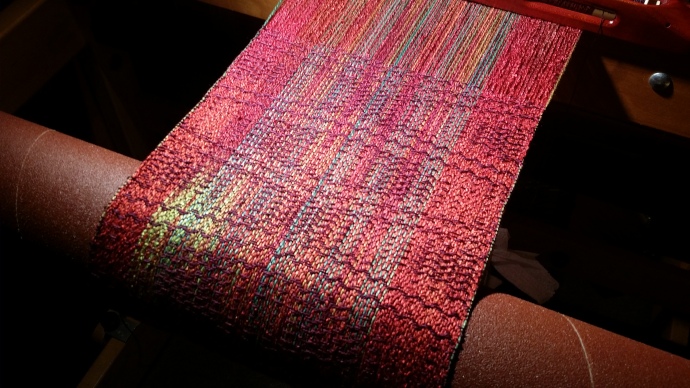 The two pieces above are part of a series of three scarves, in rayon and tencel.  Shimmering and fluid.  All available. 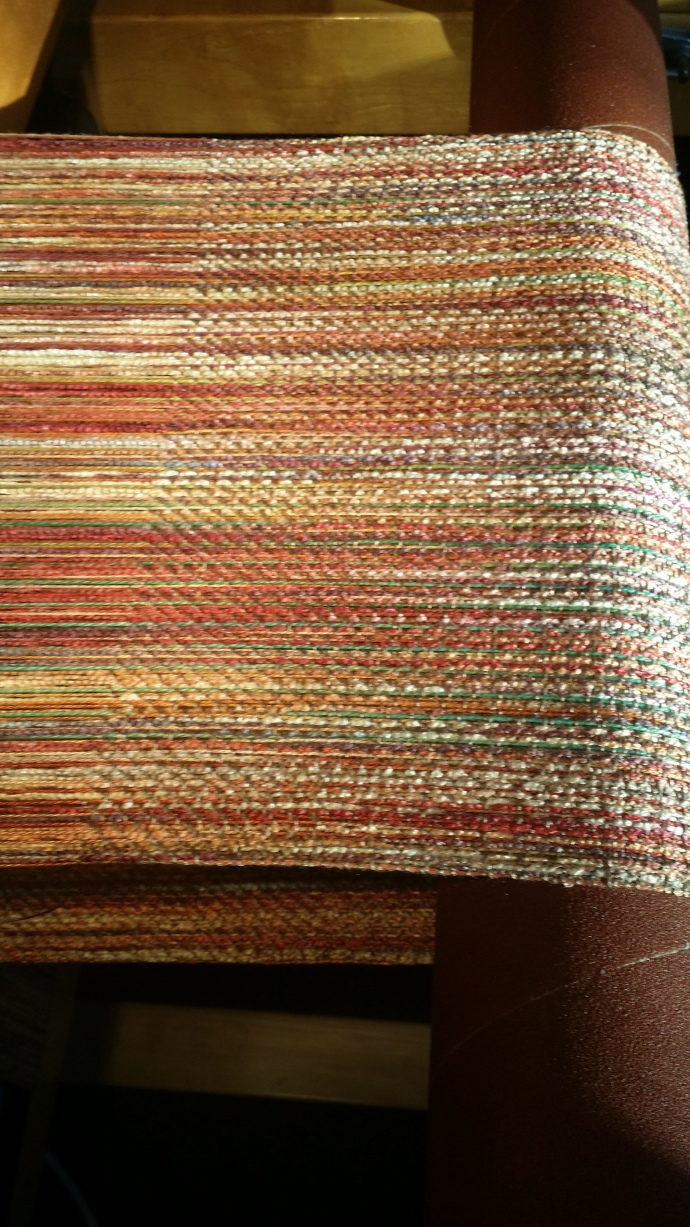 The first of the above three was a custom table runner; the other two (more clearly different in reality) are scarves, a bit wider than the norm.  Rayon, tencel and hemp, with subtle texture and a lovely sheen.  Both are still available.

And to whet your appetite for the next time, there’s a new series of designer kitchen towels fresh off the loom.  Here’s a sneak preview ~