It’s been uncommonly dry here on Whidbey Island, with no appreciable rain since (I think) before June.  Very different from the norm, when we have reliable rain till after Independence Day.  By then, the browning of fields and lawns was well underway, and my garden has been thirsty for easily two months.  You can imagine how much hose-hauling and pot-watering I’ve been engaged in.  I can’t tell you how much I’m looking forward to our rainy season, which probably won’t start till well into October.

Still, I’ve managed to eke out some weaving.  Proof follows, with minimal narrative.  The Whidbey Working Artists Summer Open Studio Tour (www.whidbeyworkingartists.com) takes place August 26 and 27, so I’m down to the wire on finishing up new work and loading up the looms with fresh warps for visitors to see.

The warp for these is a very fine cotton, the wefts fine tencel or bamboo. 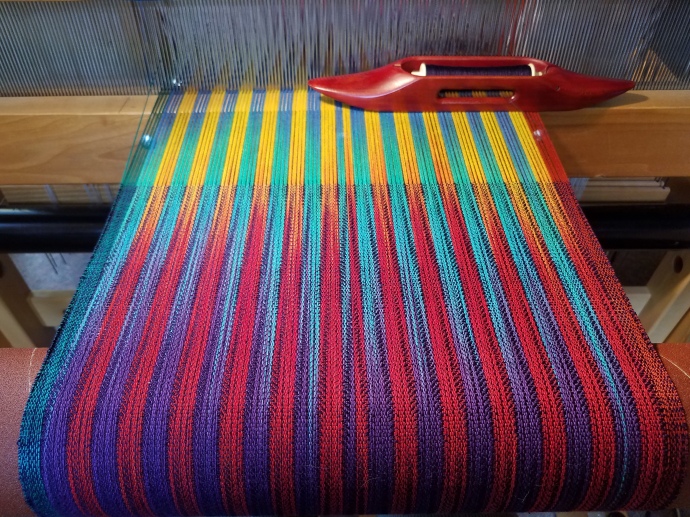 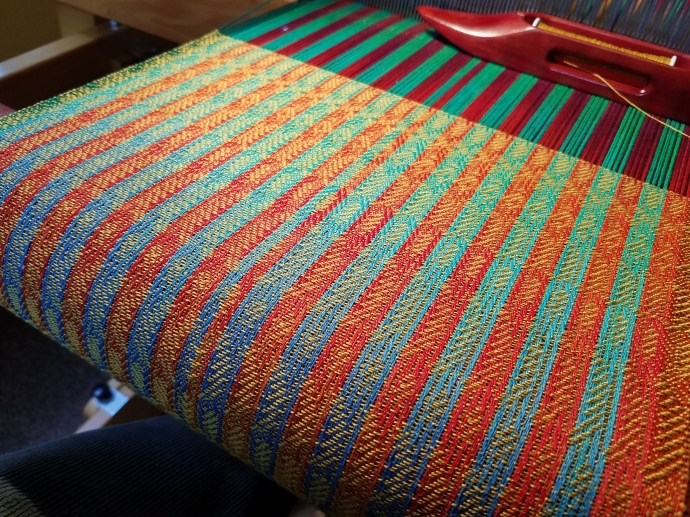 And an inside look at the orderliness of the loom and threads, because I love it so ~

Elijah’s Blanket ~ My second great-nephew was born in March, and a promised blanket for him took far longer than I’d anticipated.  The process is something called double width double weave, where two layers are woven simultaneously, open on one side and closed on the other.  When it comes off the loom, it’s twice as wide as it was on the loom.  (Think of a sheet of paper folded in half, then opened up to full width.)  The trick is not to have the two layers joined anywhere except at the fold, and not to have a visible line of crowded threads at the center of the opened-out fabric.

At the back of the loom ~ 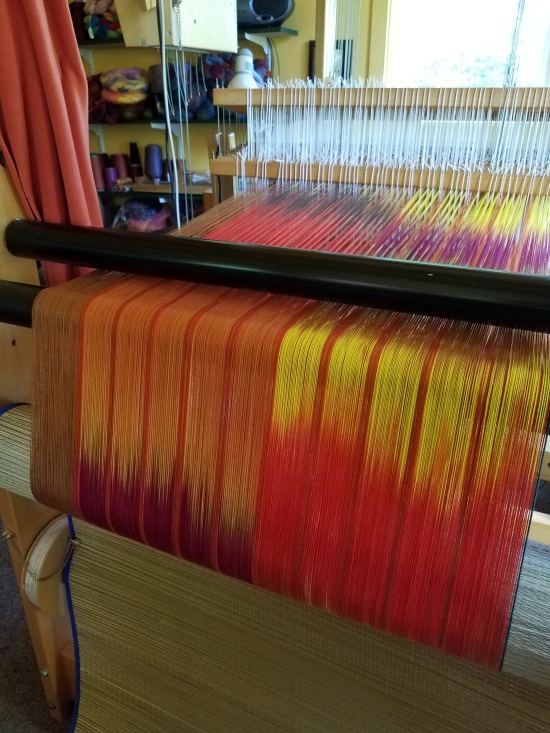 There are five yarns in this warp, all cotton, two hand-dyed and three commercial pearl cottons in different weights.  The weft is a fine cotton.  There is enough warp still on the loom for three throws, each one of which will be different.

At the center of the finished blanket ~

A poor photo, but it shows the overall flow of color and pattern ~ 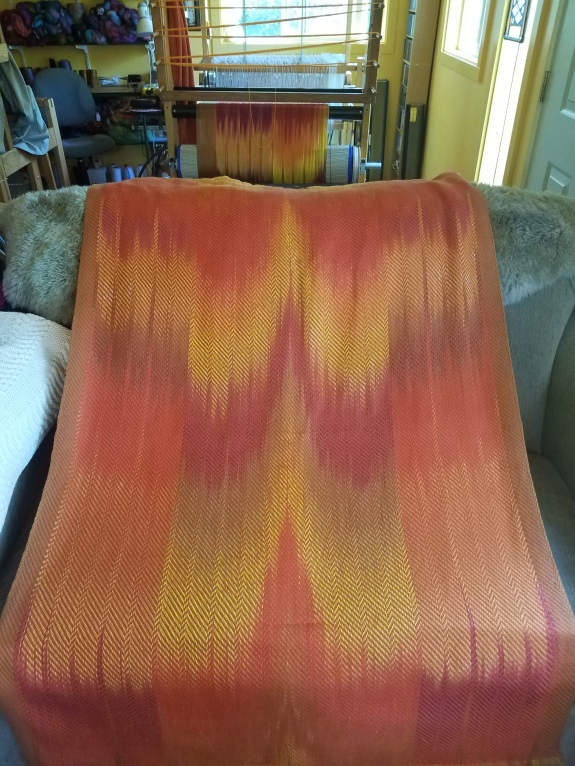 And Elijah finds it to be …….. delicious! 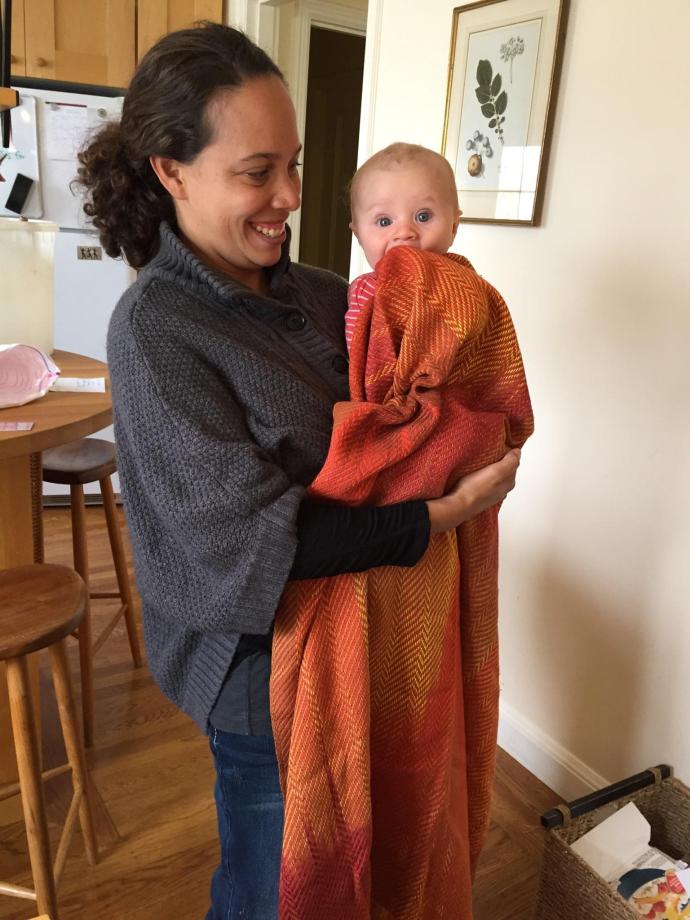 This is a fine hand-dyed tencel warp, the first on my new AVL V-series loom. The wefts are either fine bamboo or fine pearl cotton.

With the exception of Elijah’s blanket, these and much more will be available for purchase at the Open Studio Tour, where you’ll also be able to see the computer-assisted looms in action and tour the garden.  The deer aren’t likely to be present.